The carnival in Guaranda is celebrated as in every other part of Ecuador. But, this city also celebrates this holiday with festivities; masks, parades, guitars, poetry and dances all over the place. It is considered one of the best carnivals in the country.

This celebration that has centuries of existence, is a long awaited festival and it takes months in advance to create a special atmosphere of celebration. There are some versions about the origin of the Carnival of Guaranda.

The first one considers that the Guarangas, ancestral tribe belonging from Chimbus Tribe, held a party in honor of their Cacique (Cacique Guaranga) and to give thanks to Mother Nature well known as Pachacamac. All were prepared with food and drink received the surrounding tribes who attended the festival and celebrated it for three days. In the festivities they had disguised, dancing, singing songs, painting their faces with paintings, wearing animal skins, drinking chicha and corn-based foods. Many went on the roads inviting and celebrating the party, dancing and throwing cornmeal, flowers and perfumed water to the sound of music.

With conquerors arrival came the Spanish party called “Carnival” and the Guarangas found the opportunity to maintain their celebration, although disguised under another name, to continue with their ancestral tradition mixed with European rites.

The Second is the fable that the God or “Gran Taita” had for sympathy towards Carna and Valerio, the young lovers who were to marry by the decision of Cacique Guaranga, he ordered nature to compose a music for them. Immediately the birds sang merrily, the wind blew its plaintive breath, and the twigs of the trees writhed plaintively, while the water of the river murmured playful and dancing. Those conjugated sounds formed a sad and happy music at the same time, that music by beautiful and tender, the Cacique arranged only to be interpreted in the Great Festival; this great party is what we know as Carnival.

The picturesque characters and the extravagance of folklore with music make the Fiestas del Carnaval de Guaranda an attraction that attracts thousands of locals and foreign visitors , in the case of Guaranda this festival seeks to rescue traditions and customs that make it very special, its Participants get used to wearing costumes with indigenous and religious motifs.

The Carnival festivities in our country have approximately 484 years since the arrival of Spanish and have undergone some transformations, the ceremonial activity has gone from the ritual to the banal. Let’s hope that it does not become stagnant in something like a simple vacation.

I hope all these mentions help to promote and rescue the historical, traditional, ancestral, cultural identity of Ecuador at  Guarandeño Carnival. 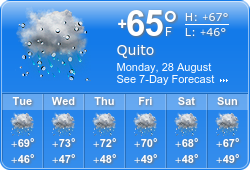